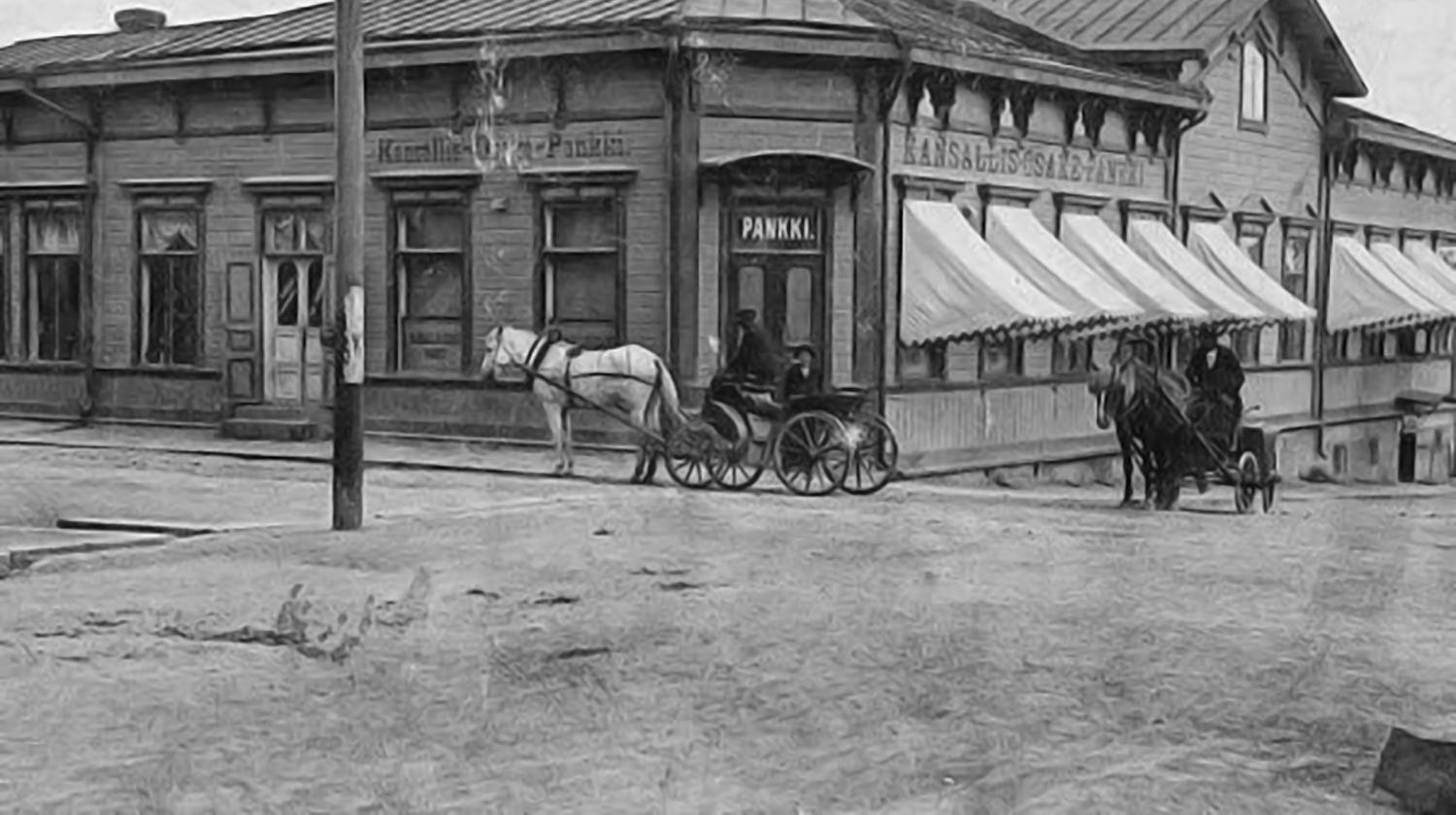 Jyväskylä in the 19th century

A city in a village

The city of Jyväskylä was founded in 1837 between Harju and Jyväsjärvi. They key reason the city was founded was to support market life in the area. Commerce and livelihoods were strictly restricted in Finland until the early decades of the 19th century, and trade was only permitted in cities.

The parish of Jyväskylä had already been a great marketplace and crossroads before it became a city, so there was good reason to develop the area. The region’s good waterways and access routes, its central location, forests, lush agricultural land and the belief that the land was rich in iron ore all added momentum to the idea of founding the city, which had been proposed on and off since the 18th century.

Jyväskylä’s beginnings were rather modest. The state newspaper Suometar ran a story around 15 years after the city was founded, stating: “Jyväskylä! Is it really a city?” Nevertheless, Jyväskylä and its grid layout differed greatly from the earlier village, which was only intersected by a single main road.

Renowned architect C.L. Engel was tasked with designing the city plan for Jyväskylä. The city charter set out in precise detail the foundations of the city’s administration and rules. Based on the rules, private individuals could be granted full rights as a city dweller, known as burgher status.

Initially, Jyväskylä suffered from a lack of inhabitants. Gradually, however, a group of young urbanites, mostly craftsmen and merchants, moved to the city. The city grew at a leisurely pace and accommodated craftsmen’s apprentices, burgher families’ maids and farmhands, and carpenters and labourers.
On average, residents of the newly founded city were young people and families. The first person to be born and bred in Jyväskylä was born on 4 April 1838 to goldsmith Sund’s family, and the first city wedding in Jyväskylä was held in early 1839. Funerals were also held, but the city’s growth remained firmly positive: in early 1838, the city recorded a population of 189.

With the completion of the zoning plan, the city’s 143 plots were auctioned, and construction was soon under way. In a rather short period of time, 53 courtyards found their owners. Families understandably needed a roof over their heads quite quickly. This process was sped up by a decision whereby buyers had to build a residence on their plot within two years of purchasing it.

In just two decades, Jyväskylä had grown up. The plots on the zoning grid were all sold by 1863, when the population’s growth levelled off and the city’s administration became more stable. Jyväskylä was now considered to be a full city among other Finnish cities. Even the press had begun to think differently about Jyväskylä, and in 1859 the Papperslyktan newspaper described the city as follows:

“Groups of craftsmen’s signs adorn the walls. The city square is so large and spacious that it is like no other outside of Porvoo. I had barely returned to the peace of my room when a hurdy-gurdy could be heard underneath my window. I couldn’t ask for anything more Parisian.”

Jyväskylä - a city of education

Jyväskylä in the late 19th century

Life in Jyväskylä in the late 19th century had all the hallmarks of city life. The city offered its inhabitants work, a livelihood, and a wide range of leisure pursuits. Pupils in particular sought out recreational activities as a counterbalance to their studies. Some of the pupils’ leisure activities were sport-based and strictly regulated by the school community’s norms, but older students’ nightlife attracted the ire of the city’s respectable burghers.

Work life in the city was spiced up by market life, and in 1848, 10 fixed stores were set up on the edge of the market square, where the city hall now stands. Each week, the market attracted people from the areas surrounding Jyväskylä. Shipping brought even more hustle and bustle to the city. The original city plan had marked shoreside plots for stores, and had otherwise been designed so that waterway traffic would strengthen both the city of Jyväskylä and transport in general. In the early summer of 1840, work on the city’s docks were completed, and Äijälänsalmi sound was cleared, which finally allowed a boat service to the city. A golden era of boat transport began in Jyväskylä. Jyväskylä’s status as a city of education and culture, as well as a growing industrial city, began to slowly take the shape we recognise today.